To Be CONTINUED – Local identity in Takasaki

Why are old buildings treated so different in The Netherlands in comparison with Japan? Japanese houses are often demolished after 30 years while in The Netherlands some century-old buildings are still being preserved and in use, sometimes with a different function, like churches. I became very intrigued by this different approach towards the continuity of old buildings and started my research to find out what the reasons are behind these different approaches. I also wondered how old buildings are perceived by the local people and what their influence is on the local identity of cities. My research focused on my hometown, Takasaki, which used to be a vibrant city, but due to the demolishment of a lot of old buildings the streets have become empty and the centre is losing its vibe.

Through my research I discovered that an old building in The Netherlands is considered an essential element for strengthening a local identity. In Japan, in contrast, non-physical elements (like rituals and skills) play a more significant role in reinforcing local identity. Therefore, I come up with a design strategy to facilitate a (re)generation of local identity in Takasaki by combining both physical and non-physical elements by means of a platform. This platform is both a website and a space where materials of demolished buildings are being presented to the public, who can obtain them for new purposes. The space is located in the city centre of Takasaki, consisting of two former traditional Japanese warehouses (Kura). They are connected by a giant shelf where the local materials are visibly stored and displayed. In these ‘warehouses’ workshops are given to the local people about crafts in order to exchange knowledge and skills and to enhance social interaction. Overall I hope that through the reuse of materials of old buildings the memory of the history of Takasaki is kept alive and that my platform will nurture the future potential of locality.

All images @INSIDE & Yuiko Yokota 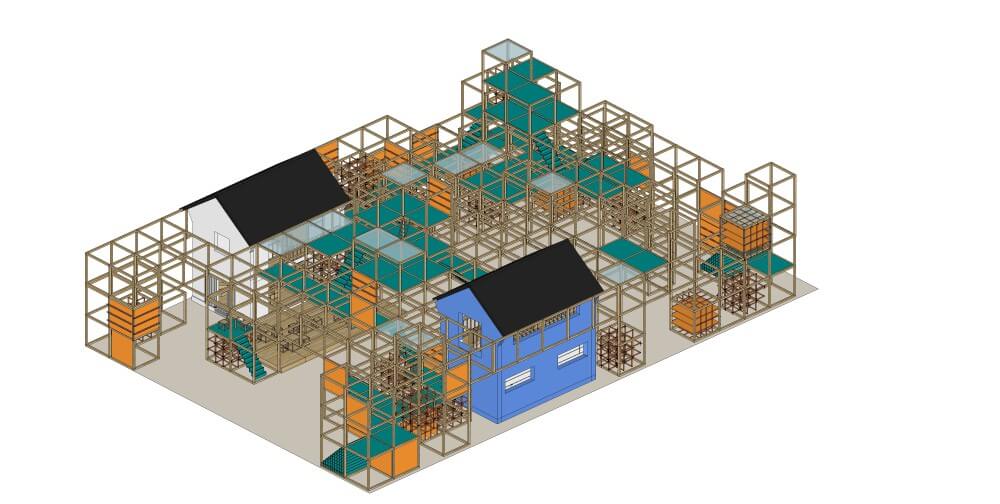 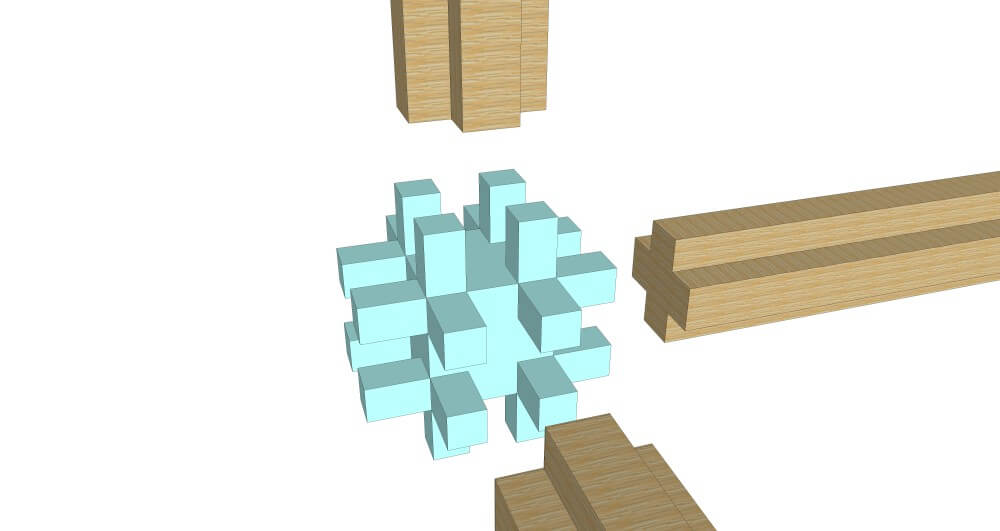 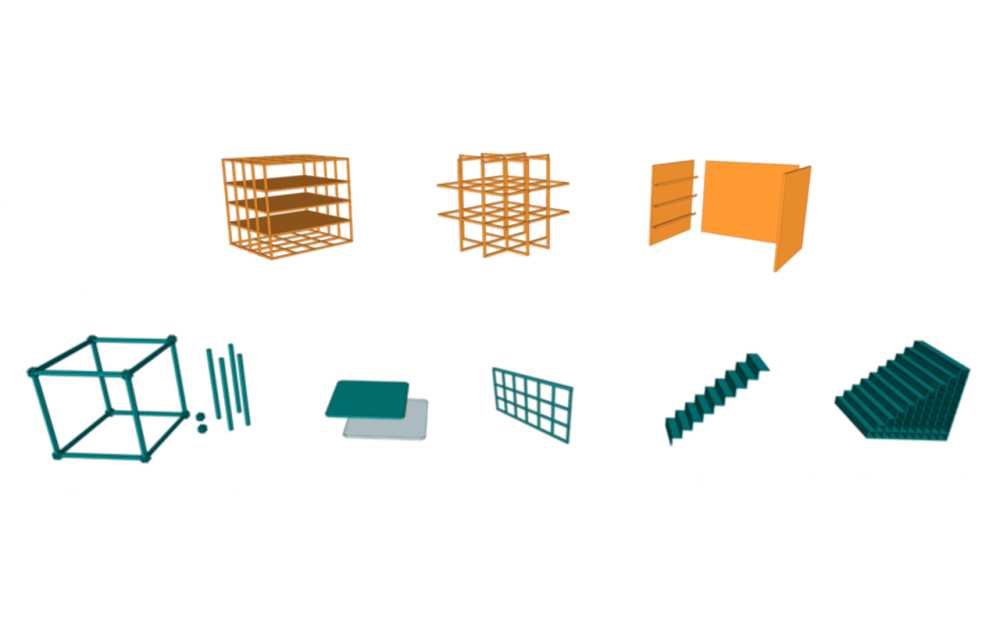 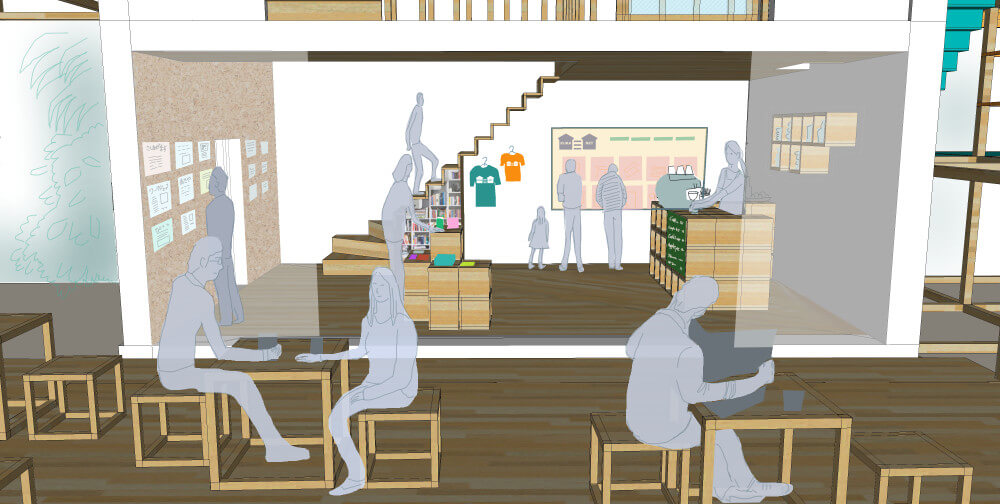 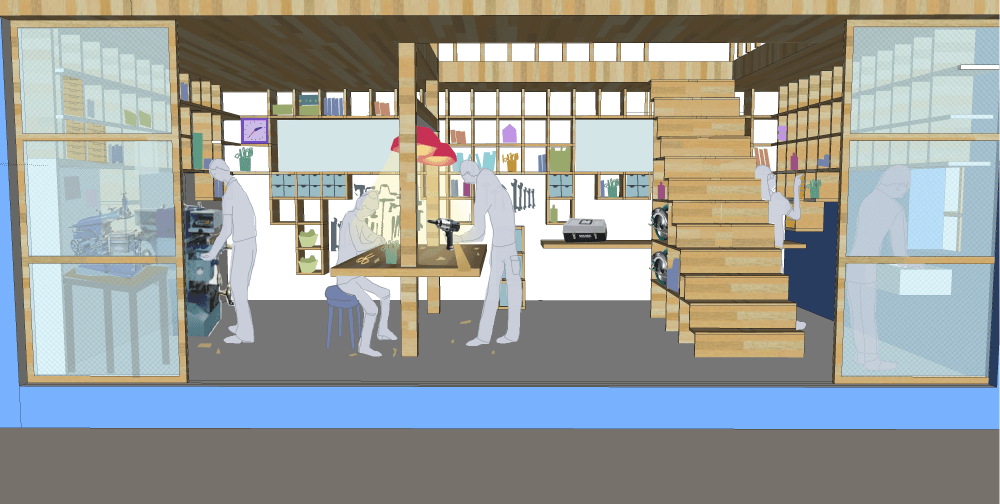