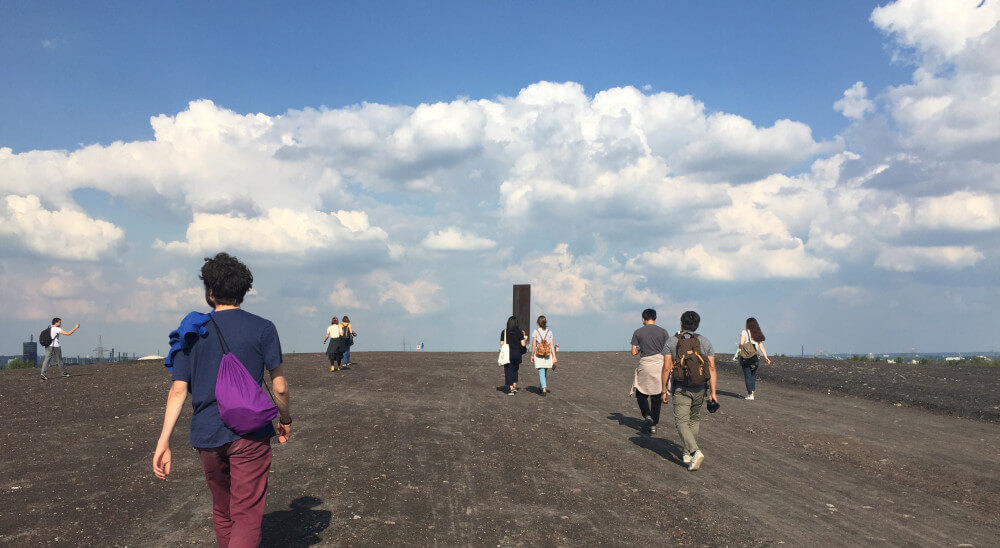 The introduction week of INSIDE 1718 started with a three-day excursion to the Ruhr Region, Germany. Our first stop was Oberhausen, which would be our home for eight days during workshops and excursions. Our home in Oberhausen was the former water tower of the Main Station / Hauptbahnhof, which was occupied and rebuilt by an artist group / KITEV as a center for international artist exchange. Then we went to Gasometer Oberhausen, where we started to feel happily lost. We had the chance to see views of the city from the top floor and an installation of a big globe inside. That day our last stop was an Amusement Park / Duisburg Landschaftspark, which is part of the industrial heritage in Germany. Formerly these buildings were used as steel factories. Architects did not totally change the atmosphere in this area, they preserved its identity as being a factory and only made small alterations like adding different colored lights. Because of these small touches, the place offers many different experiences and attracts a lot of people from different age ranges. 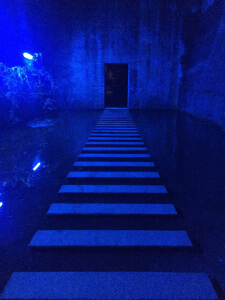 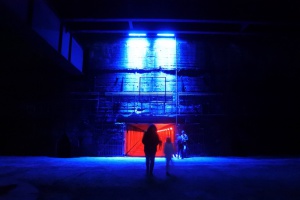 The second day we visited Tiger&Turtle Duisburg, which offers not only the walk-in rollercoaster experience but also a scenery of the river and Düsseldorf. Our second stop was Exchange Housing For Education / ‘Tausche Bildung für Wohnen’. This association offers education mostly for refugee children focusing on their sociological progress and adaptation to language, culture and provides housing for their teachers. Later that day we visited Dortmund U-Turm and we had a city tour in Dortmund with guidance of Jan Bunse from die Urbanisten. 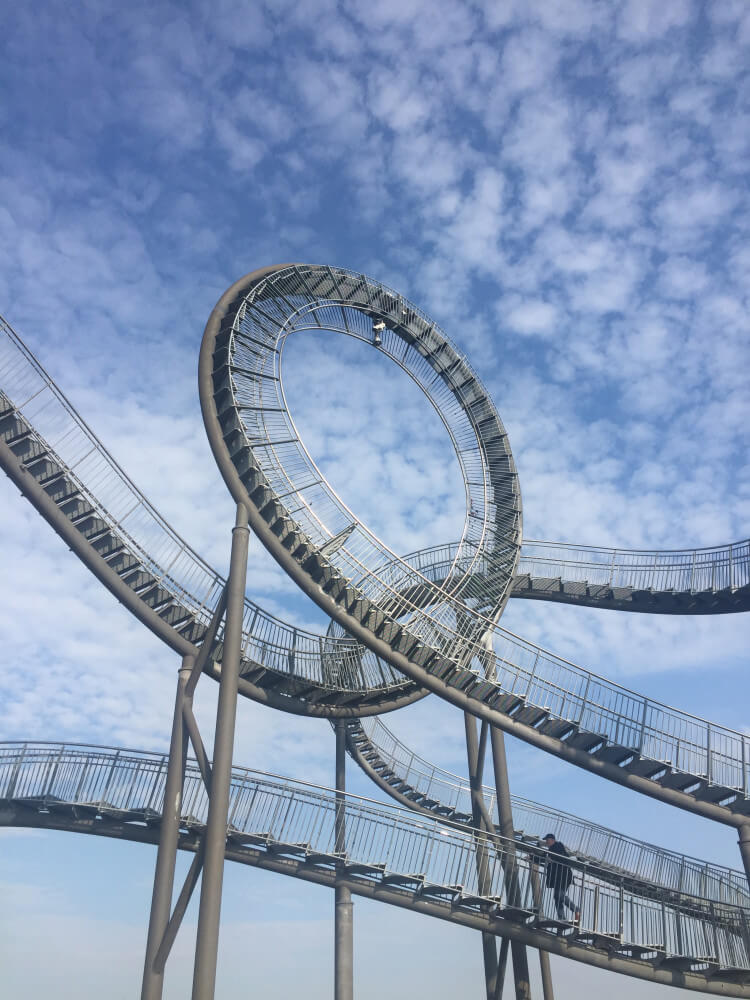 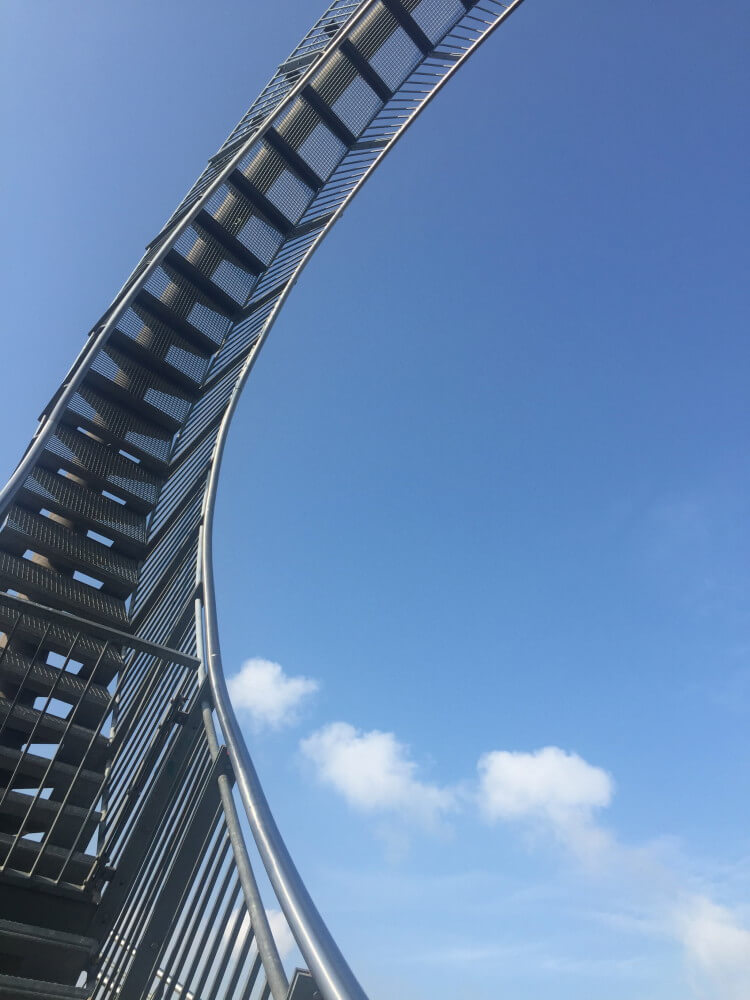 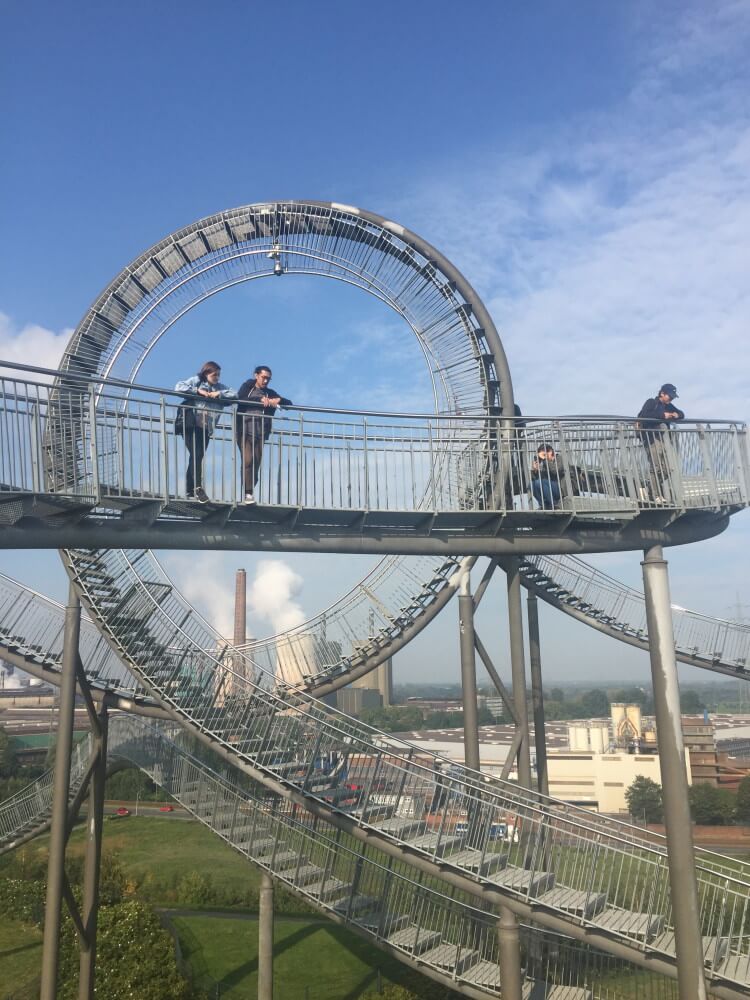 On the third day of the excursion we visited Zeche Zollverein, which is a former coal mine recently turned into a center for design. In this area we could also visit the Ruhr Museum designed by OMA, Zollverein Kubus designed by SANAA and Red Dot Design Museum. Then we visited the Emscher Valley, which is another example of turning old heavy industrial areas into recreational spaces in the Ruhr Area. During this visit we enjoyed the experience of ‘Waiting for the River (Warten auf den Fluss)’ Project by Dutch Artist Group Observatorium. Waiting for the River is a pavilion which has a zigzag shape with both open air areas and closed units, which provide a broad panorama. According to landscape plans of Emscher Valley, Emscher River will flow under this bridge in 5-7 years from now and its three pavilions will become places for ‘waiting’. Its small open-air areas offer places not only for waiting but also eating, drinking and socializing. It is also possible to stay in this pavilion and some of us ‘insiders’ spent a night there and had a different experience of the pavilion in the dark. 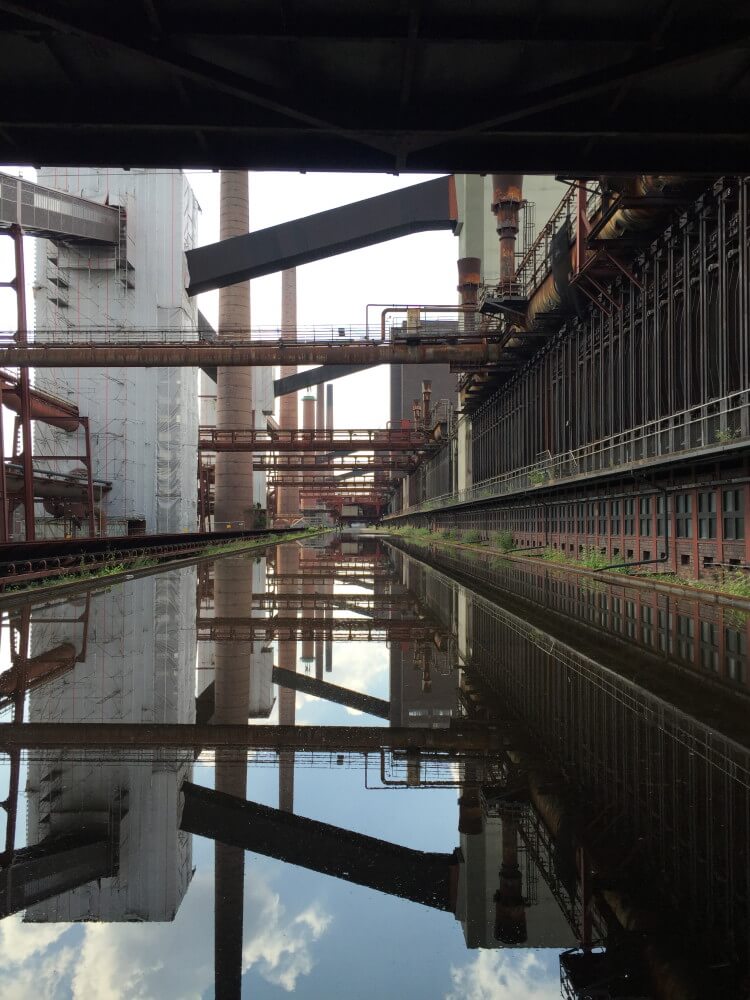 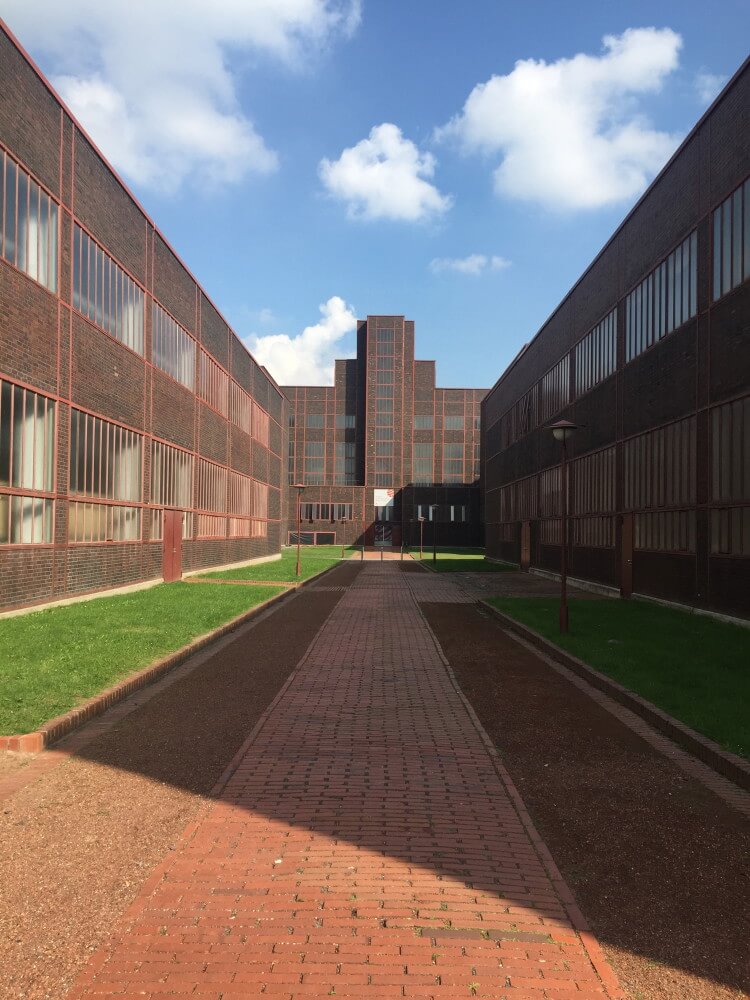 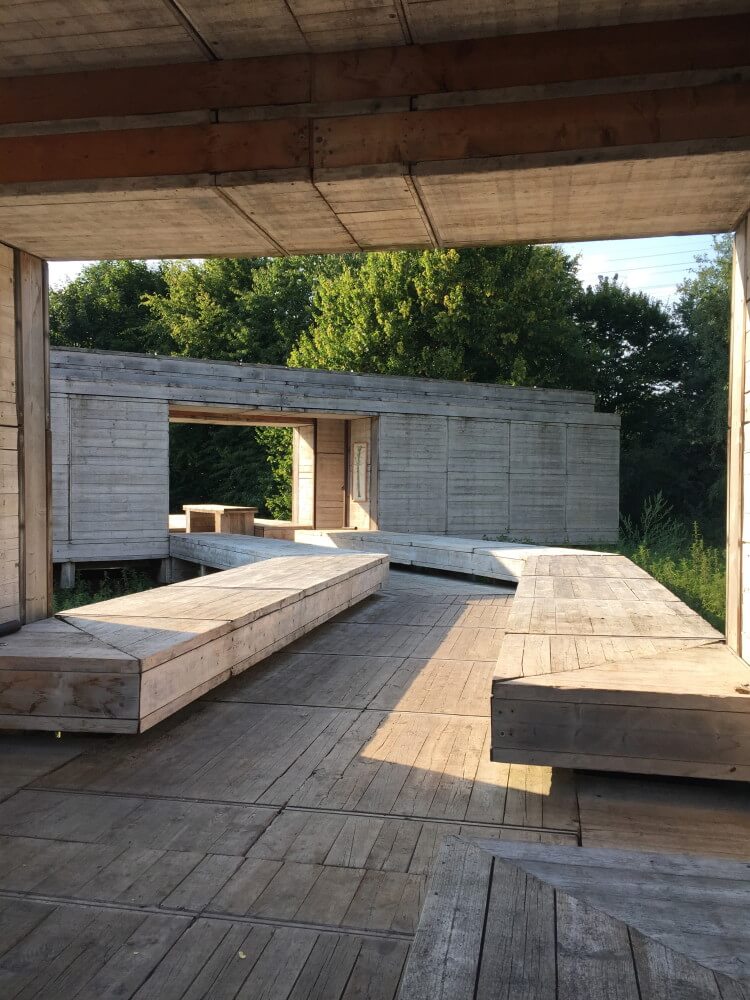 After the excursion days we started the workshop with the support of Kitev and Refunc. Our workplace was a building, which is mainly inhabited by people that have a bad financial status. Even though there are some exceptions, many people do not want to live here, they see this building as a temporary space for living and do not have the feeling of attachment. While we were working there we realized that, to the exclusion of all the problems in their personal lives, one of the biggest problems among these people and in this building is caused by lack of conversation. They are inhabiting the same space / this building, but they don’t share a lot; they don’t even know each other. Most of the people that are living there are refugees: people, far away from their homes and trying to adapt to a new environment. Even though every group focused on different ideas during this workshop, it was obvious that the main aspect of our work, which we installed in the building, was directly related with ‘sharing’. I think there is a connection between the relations among these people and among us / insiders. Although our presence in the Netherlands is not directly related with escaping from a situation like many of them, we insiders are also far away from our actual ‘home’, and came here with the hopes of becoming part of a little society. I think we managed this. While we were building these installations to create ways for them to communicate in the building; we also built and strengthened our bond by sharing our ideas, duties, food and sleeping space. I think a feeling of attachment and home can only be created surrounding yourself with people you love and share things with. Because of this introduction week, we got attached to each other quickly and got to have a feeling of safety and home. Happy to find a home here. 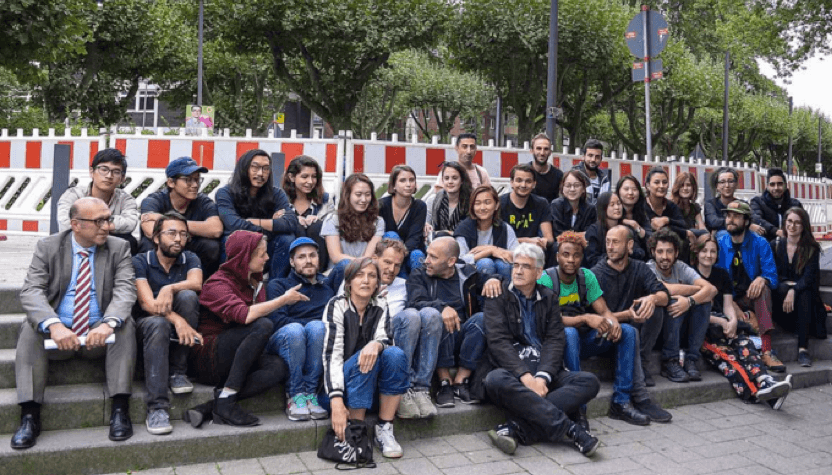 Article by INSIDE 1718 student Hande Öğün