I was not born in Belgrade, but I have found many great loves there among them a love for the city
itself. This love is an irrational thing, but it is the impulse which drove me to think about how I can
make that dear city into a better place. There are certainly many ways to make it as such; I have
chosen to try to resurrect the lost togetherness among the residents of Belgrade.

Togetherness is a specific kind of publicness; an awareness of one&#39;s environment- human, built or
natural. To resurrect it, I took a look back at my life in Belgrade in search of a common cause which
people could relate to. Three abundant cracks in the city fabric emerged in my mind: a historical
neighbourhood and its river bank taken hostage by a megalomaniac investment; two closed national
museums; two beautiful rivers being neglected.

Three underground passages in the city centre appeared as the place to mend these cracks; in the past
massively used by pedestrians but nowadays abandoned and disregarded. In my proposal they are
transformed into three immersive underground spaces driven by water: The garden, The artist and The
spa.

The garden shows the magical virtue of water as the source of life; nature in all its jolly richness will
flourish beneath the asphalt, soaked by purified rainwater. The artist reveals water as the archetype of
rebirth: the end of a residency cycle will be marked by an event of washing away the art that covered
every span of the passage. The spa gives the strollers a place to linger; a misty, safe urban interior
given to people as a place to talk and meet.

All images @INSIDE & Mila Tesic 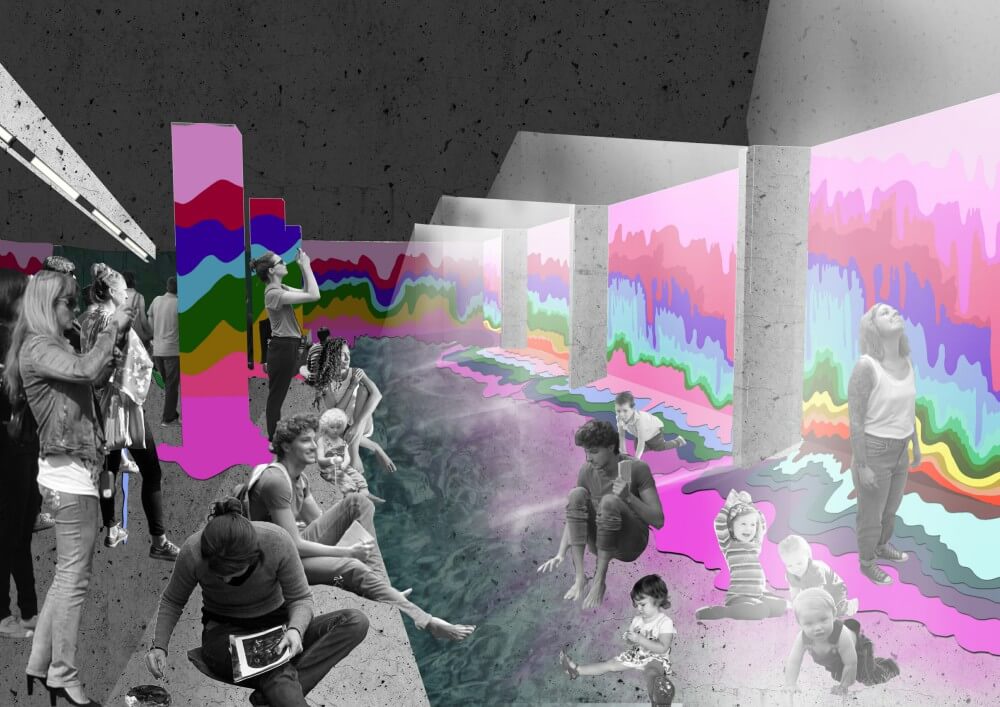 Find all images in the Graduation part of INSIDE Magazine 1617.