My graduation is based on a personal interest in a current Chinese social issue. Due to China’s urbanization process in the last decade, a large number of villagers moved from the countryside to the city. This phenomenon created a new generation of rural children, the so-called ‘left- behind children’ who stay in their hometown while one or both of their parents have left to live and work in the city. In the Chinese media these children are often called the “orphans of modern China”. At present, there are more than sixty-one million children living in this situation, an equivalent of 20 % per cent of all Chinese children!

Through interviews and a research of the daily life in one of these typical left-behind children villages, Yuxian Village in the North of China, I found out that the relationship between the different generations (children, parents, grandparents) is rather weak. The children lack care and love. Although they live together with their grandparents and go to school with other children, they miss the contact with their parents. Therefore my aim is to reconnect the three generations, and to help enhance the self-esteem of the children. I looked at the activities of all generations, and brooded on moments in which contact would become possible, such as the early morning and early evening, when the grandparents would walk between their homes and the fields where they work, the children would walk between their homes and the school, and the parents would commute between homes and their work facilities. I intend to design a system to allow the left-behind children to contact their parents by phone during these travel moments. Apart from this I intend to design ways for children to help their grandparents in the fields in a playful manner, by which they will be stimulated to learn more about agriculture. These are just a few options to create as many connections as possible between the three generations.

All images @INSIDE & Helan Miao 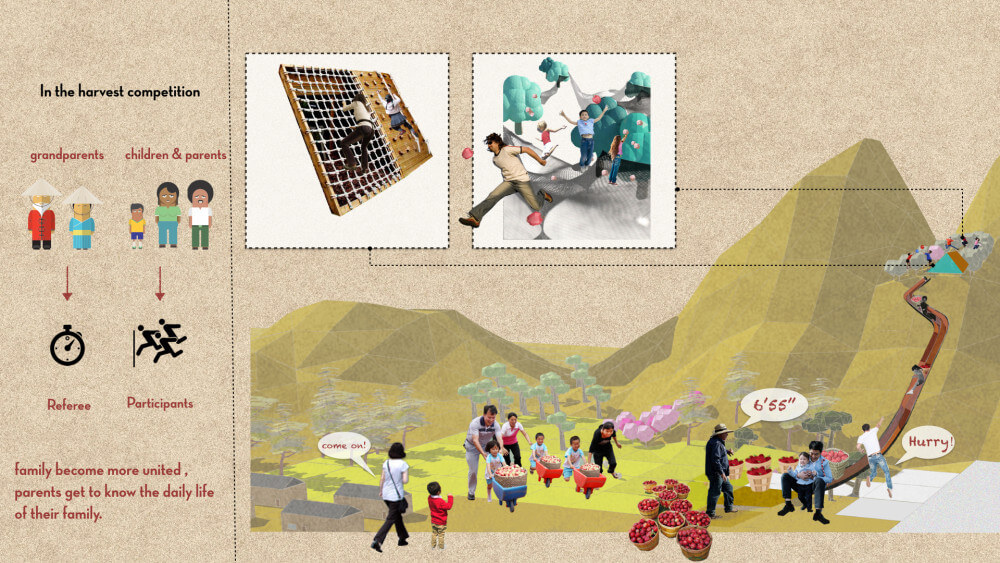 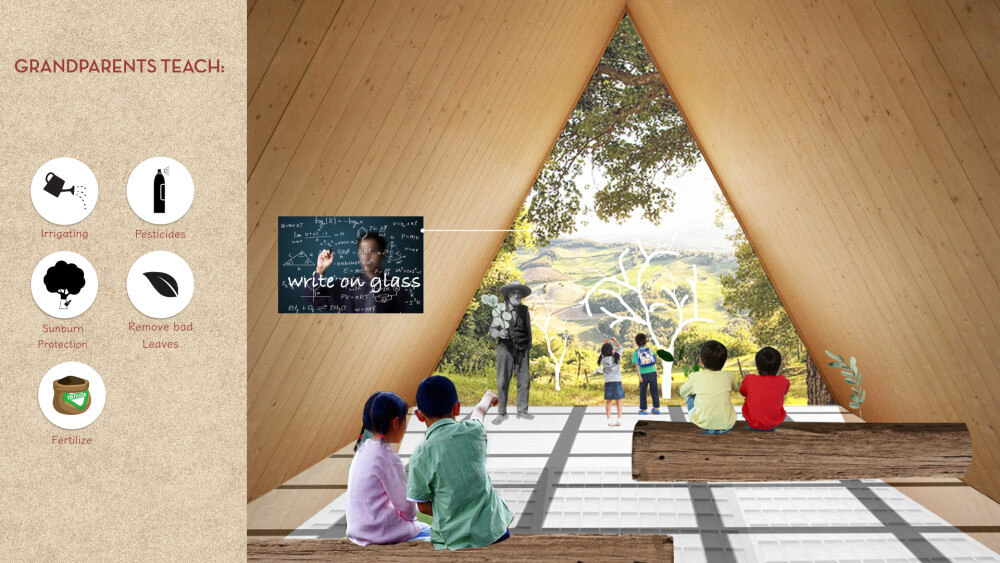 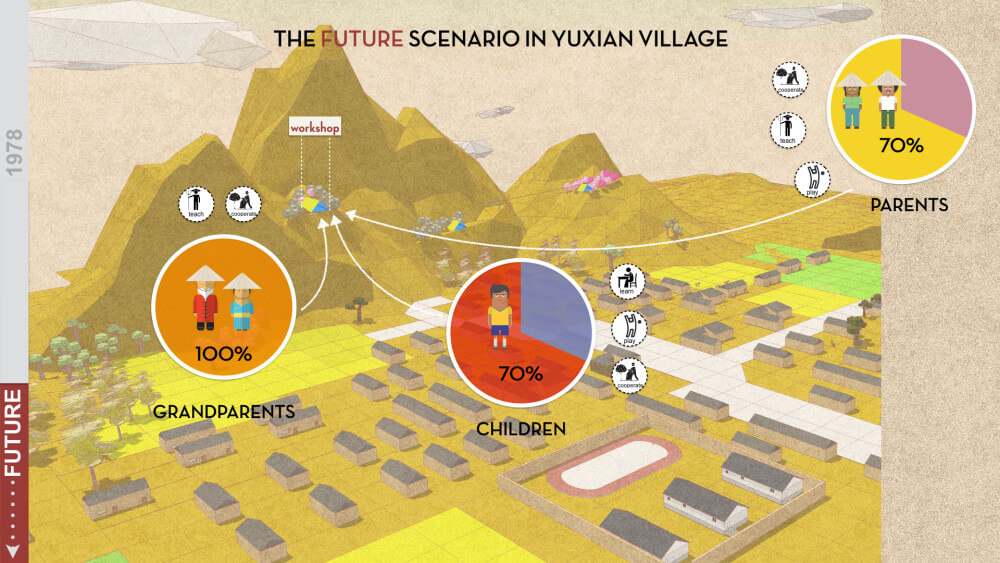 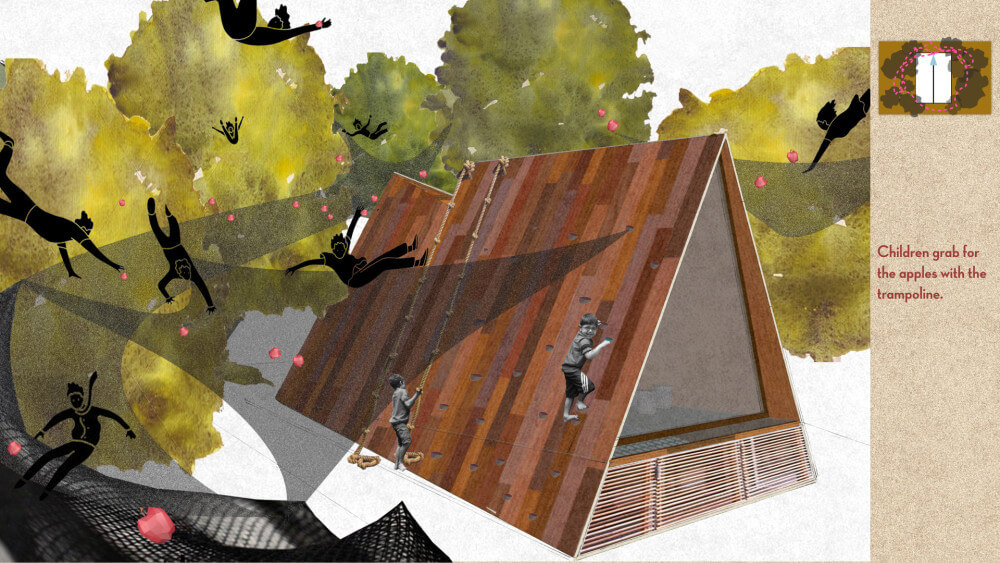 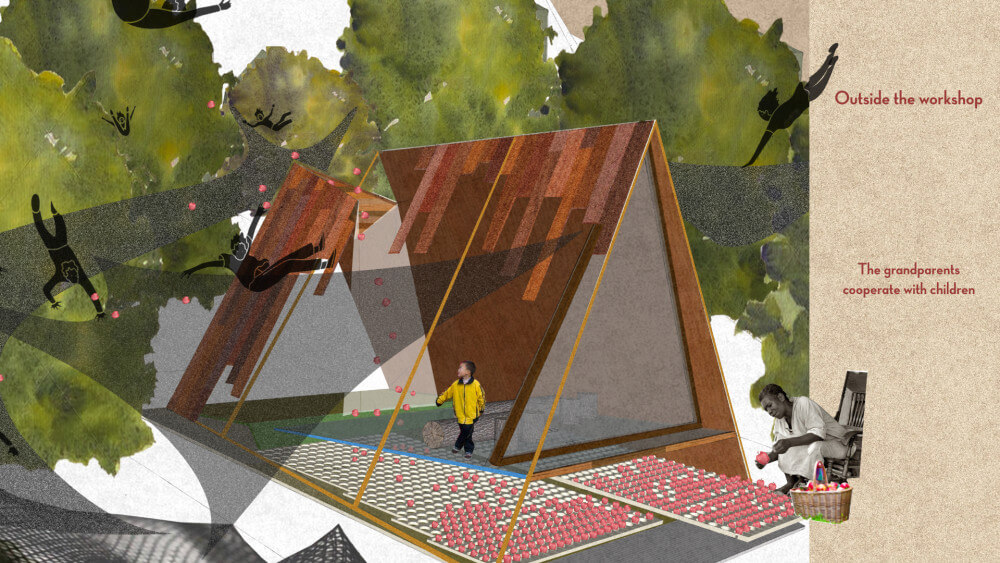 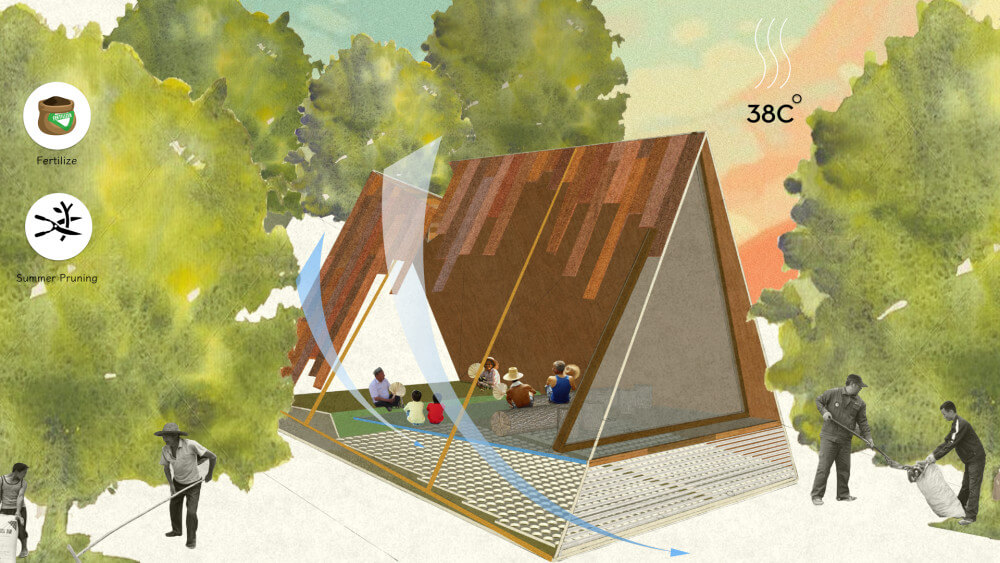 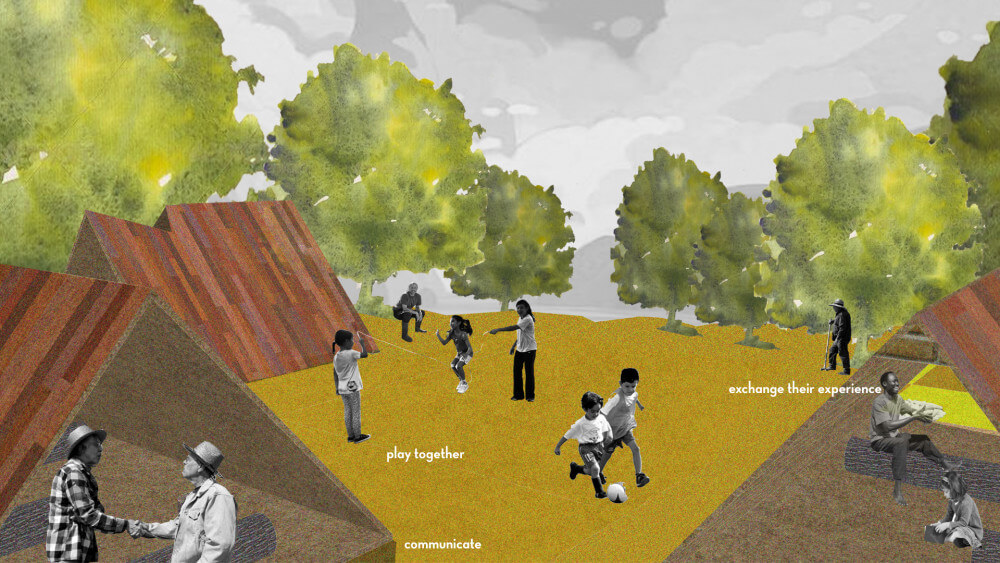