My research investigates the phenomena of socialist mass housing in Lithuania as a physical outcome of the utopian promise to provide every Soviet family with its’ own apartment. In the 1990s Lithuania undergone radical changes due to its transformation from a soviet socialist system into a democratic and independent State. However, surrounded by rising shopping malls as physical outcomes of capitalism, Soviet mass-housing neighbourhoods remained the same as relicts of what was built sixty years ago. What is the next step in the story of these prefab house-machines (as Le Corbusier would call them)? By embracing the method of speculation I aim to imagine possible (and/or impossible) future scenarios in order to wonder – what if…

New systems and ideologies always replace or recycle previous ones. None of them is perfect but every utopia promises something new.

Imagine. Lithuania after x year. Massive investments into bio-technologies lead the country to again a new system with a mysterious name: FALC (Fully Automated Luxury Communism). Reorganisation of the country and cities begin.

The Dutch artist Constant Nieuwenhuys and other utopians from the 6o’s were dreaming about a society freed by automation – here it is. The ludic society that can afford living in spontaneous luxury. The question in the future will be: ‘what is luxury for you?’ Villa Savoy? A single family house? A vagabond life disconnected from any particular place and regulations? Is time the ultimate luxury or should it be guaranteed as a basic income for everyone? What would you finally do if you had time?

My project adapts the theory of bolos; independent, decentralized units of people gathering according to certain nima (cultural background, common interest and time) they share. By playing with speculations and paradoxes I experiment with various concepts of luxury, work, leisure, equality and collectivity. My design suggests a series of speculative scenarios how in the future after x years Žirmūnai (the first socialist district in Lithuania) and block houses, as the most pure and adaptable structures, can turn into an experimental playground of ideas and theories. 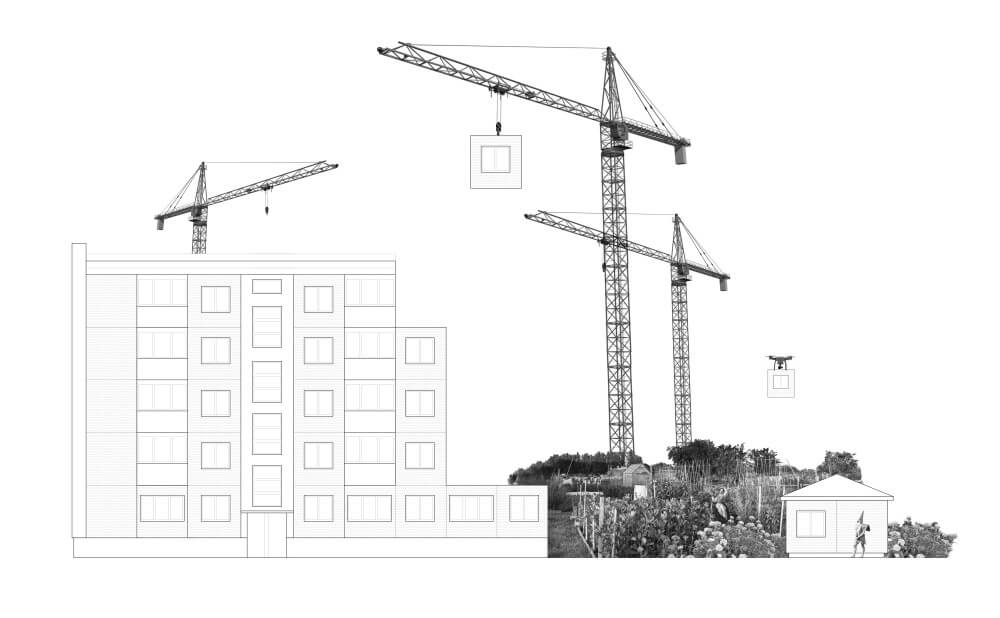 All images @INSIDE & Goda Verikaite