In the first studio of 18/19 the students were invited to participate in shaping their own workspace. They designed this workspace with waste material they brought from their one-day internships at helpful, nearby The Hague companies; for instance paper, wood and clothes. This studio was guided by Jurgen Bey, Michou Nanon-de Bruijn and Chester Chuang of Studio Makkink & Bey. 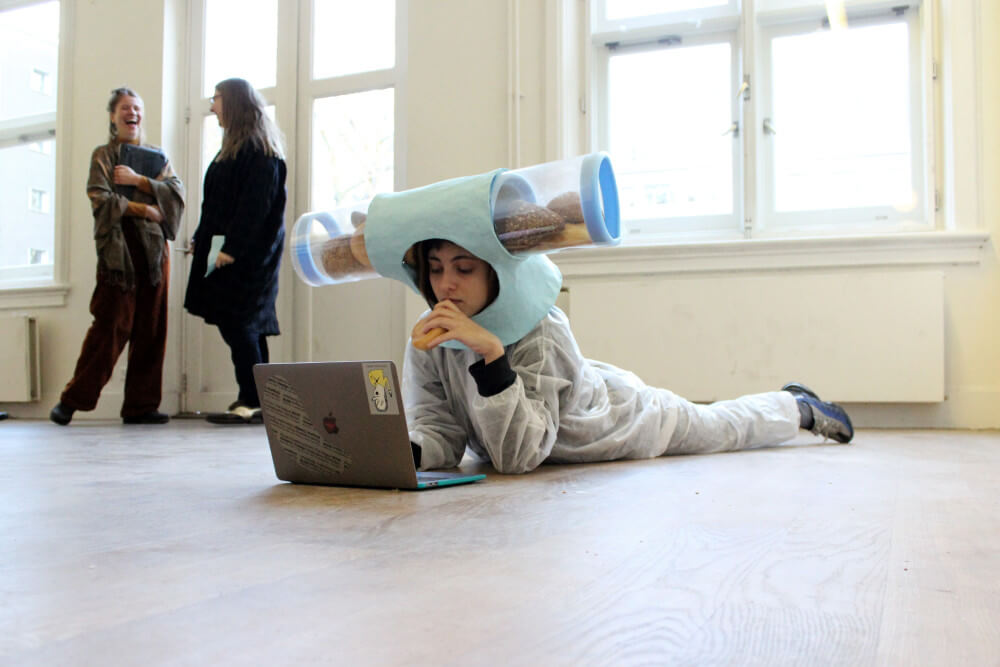 All decision making at all scales starts with the ability to have a good conversation. That’s the starting point of this year’s INSIDE curriculum. In the first studio of 16/17 the students were invited to participate in shaping their own workspace. They designed this workspace with waste material they brought from their one-day internships at helpful, nearby The Hague companies; for instance car parts, paper and clothes. This studio was guided by Jurgen Bey and Chester Chuang of Studio Makkink & Bey. 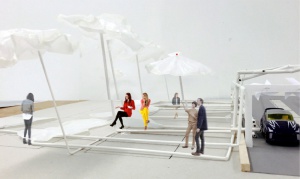 The project zeros in on the Binckhorst area in The Hague and explores ways to retain the existing local expertise that centers on cars and make the cultural role and binding significance of the car more visible. Industry is already present in the area and it’s clear it used to have a function as car country. We will use the carwash as an accupuncture needle for the Binckhorst area. By reinterpreting function ties of a carwash, and connecting them with industry and leisure, for the areas visitors and new residents.
Public-private partnerships between the remaining industry and residents can only occur when conditions and infrastructure are designed well and a combination feels natural. Linkage with demands and social issues could possibly encourage the remaining industry to conduct tests together with the community to create the ultimate carwash, cut to todays demands.
Each student concentrates on one of the 8 movements within the carwash; paying, soaking, soaping, pressure rinsing, brushing, waxing, drying and vacuüm cleaning. The aim is to find possible connections which influence the areas social and industrial web. Creating an dedicated community surrounding the Binckhorst carwash. 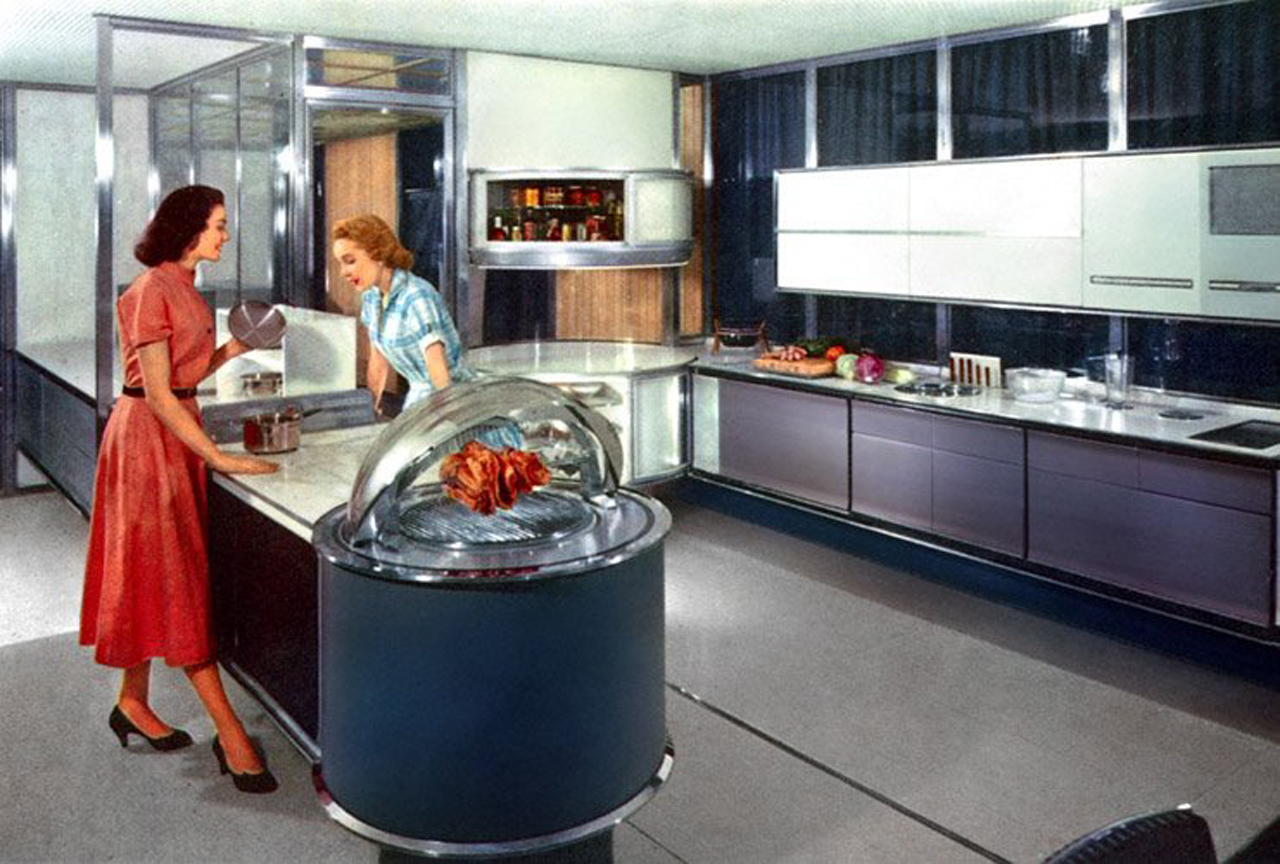 The house of the future is not new. Through the years, architects, clients, designers and dwellers have
dreamt about what for them would be the promise of the yet to come. Each decade produces its specific
visions. This studio explores the possible future for living. What drivers for change do we face? And to
what possible dreams does this provoke? How could social, cultural, economic and technologic changes
influence the way we live? What new challenges, opportunities, environments, standards, typologies does
this produce? Do we need a mental update of living or will the concept of the house be outdated at all?
How would you like to live in 50 years from now? We will explore the evolution of futuristic visions,
current trends, extreme scenarios and promising futures.

The house of the future is a virtual concept by definition. The moment is it is build, is has lost its dreamy
character and has complied to the reality of today. Potentially, this studio can make take advantage of this
virtual component and its imaginative power. The Studio promotes broad speculation, independent
thinking and the positioning of (interior) architecture and within the broader social, cultural, political and
economic context. The results will be presented at the DMY Design fair at Tempelhof Berlin where you will
have the chance to present this possible future. 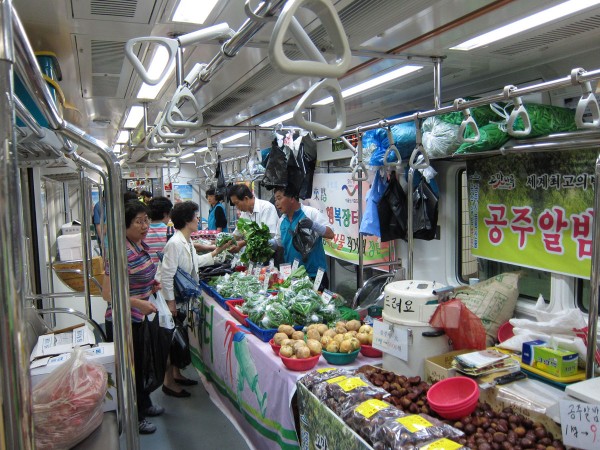 Object of research during the first semesterof 2012-2013 is the phenomenon of sound in space.
Not looking at it as a damaging factor that needs to be banned or dimmed but as an esthetical factor which could be used as an architectural instrument to shape space.
The concepts are developed at different scales; the scale of the city in the research of the role of sound in architecture, at the scale of a sound intervention, a research on the sound of materials or the meaning of sound for public life.
The results will be used for the design of the interior of the Ministry of Internal Affairs in The Hague which will be vacant soon and will pass a huge transformation.
These developments and processes give us the possibility to change our point of view on sound as a medium to work with by designing spaces.

In a corner of the supermarket, there is a coffee-maker from which shoppers can pour free cups of coffee. It’s always busy there. Despite the popularity of this service, no tables or chairs are provided. The coffee corner could be the central meeting-point in the neighbourhood, but it isn’t. It essentially serves as day care for men, a männergarten. The coffee is very hot; the hotter the coffee, the longer the wives can carry on shopping.

Food, theme of the study year 2011-2012  is one of the vital necessities of life, and since everyone has to eat, it might be assumed that places where food is on offer might generate interesting forms of urban life. In reality, supermarkets – and restaurants too − are one-dimensional, providing a limited range of goods and services. Consumers scarcely mingle or enter into exchanges there. Supermarkets are well-oiled machines, and are not in themselves meeting places.

Within this theme, the aim will be to search for new contexts in which the supply, preparation and consumption of food can be used to produce new collective spaces or to improve the existing ones. Ultimately, this will culminate in a new mode of use, for which new forms of interior, too, must be developed.